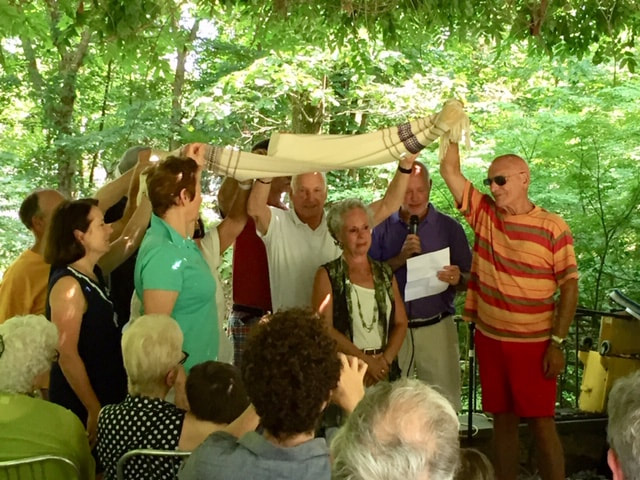 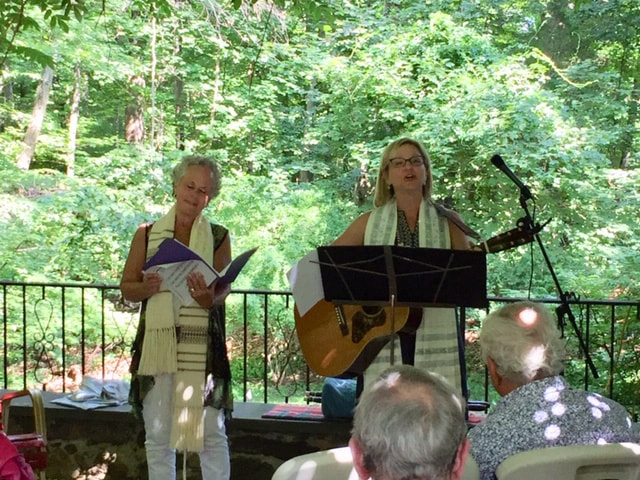 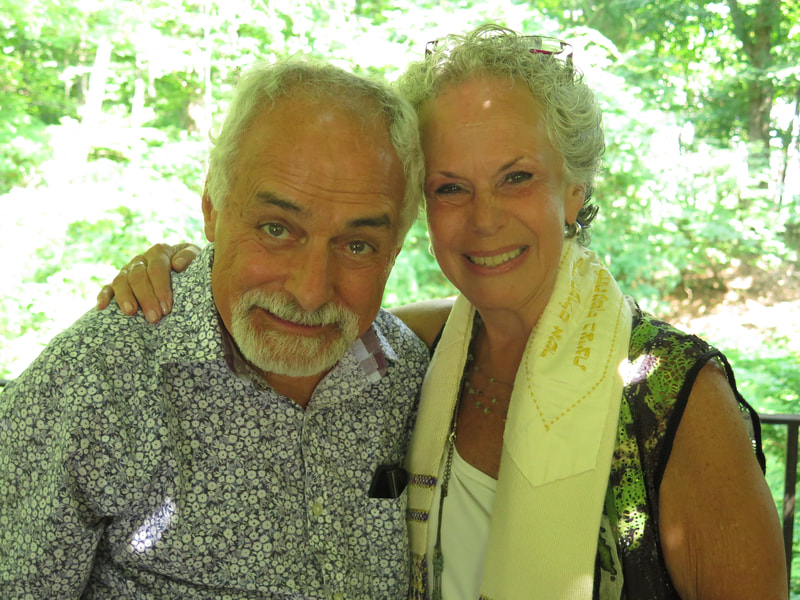 ​​"I know that you are in loving and caring hands with Cantor Abramson. She brings a depth of wisdom and compassion to everything she does and I am delighted to pass the torch of leadership to such a worthy successor as I embrace my new role as Rabbi Emerita." Rabbi Emerita Axe

Rabbi Emerita Axe's Background
Rabbi Axe received a Bachelor of Music Education from Temple University in Philadelphia PA, MA in Music Education from the Ohio State University in Columbus OH, and taught music for many years before returning to school for her Degree in Sacred Music and ordination as Cantor from the Hebrew Union College-Jewish Institute of Religion, Debbie Friedman School of Sacred Music.

In 2008 Rabbi Axe was awarded a Doctor of Music, honorous causa from HUC-JIR, and Rabbinic Ordination from the Rabbinical Academy of America. In 2016 she earned her Doctor of Ministry in Pastoral Care and Counseling from HUC-JIR.

A master teacher, Rabbi Axe was awarded the coveted title of Reform Jewish Educator by the Union for Reform Judaism. She has prepared hundreds of children for their B’nai Mitzvah, taught cantorial and rabbinic students at the Academy of Jewish Religion and Hebrew Union College-Jewish Institute of Religion, visited many congregations as Scholar-in-Residence, and presented workshops on Jewish music and Jewish life for public schools, civic groups, and the Union for Reform Judaism.

Known for her talent and passion in the areas of Jewish education, conducting, and creative programming, as well as liturgical art, Rabbi Axe has served on the conducting faculty of the North American Jewish Choral Festival since 1997, directed URJ regional and national choirs, both adults and children, and was featured in programs of Jewish interest with Dave Brubeck and Marvin Hamlisch, for whom she also prepared a choir.

Blessed with the gift of voice, Rabbi Axe feels as comfortable on the concert stage with a symphony orchestra as she does in the classroom with an audience from preschoolers to seniors. Her greatest joy is teaching and pastoral care which she offers from the bima, in the classroom, at a hospital bed, or on a stage.

A national leader in the Reform Movement, Rabbi Axe is a past president of both the American Conference of Cantors and the HUC-JIR Debbie Friedman School of Sacred Music Cantorial Alumni Association, and served on the DFSSM Advisory Board, as well as the Board of the Union for Reform Judaism,

Her greatest role is as loving wife to Dr. Harold Axe for 48 years until his death in April of 2020, devoted mother to their four sons, Judah and his wife Ellie, Noah and his wife Amira, Gabriel, and Daniel, and most recently proud grandmother to Maren and Nora, Jillian, and Augustin.

In Her Own Words

​"In my 30+ years serving as a congregational rabbi and cantor, my goal, whether through worship, study, singing, chanting, cultural and community events, has been to open the hearts of our people to Jewish life and experience so that they can make informed choices about their Jewish identity.

Teaching is at the very core of everything I do. Synagogues today have become an environment of Life Long Learning, and my goal is to bring the world of Jewish life, culture, history, practice, and language to learners of all ages.

As a cantor I have the privilege of giving voice to God's words and teachings through the music, and as both cantor and rabbi I can bring a unique passion and energy to all areas of synagogue life. My role within the synagogue community has always been through engagement in teaching, counseling, healing, advising, and managing, as well as the musical life of the synagogue.

It is my sacred task to draw people into the synagogue for the spiritual nourishment they so desperately need as together we all face the challenges of the 21st century."

What People are Saying About Rabbi Axe

"Rabbi Axe is one of the outstanding spiritual leaders of our time. Her vision and unique abilities bring one to a great sense of spirituality."
Rabbi Scott Colbert, DMin
Temple Emanu-El, Atlanta GA

"Rabbi Axe brings her creativity and organizational skills to every community she touches. She can bring together singers from varying generations and skills and create an ensemble that both mirrors and inspires the congregation."
Rabbi Daniel Freelander, President
World Union for Progressive Judiasm

"Her talent as singer, choral conductor, and teacher is only surpassed by her warmth and dedication."
Dennis Gilbert
Chair, UAHC Commission on Synagogue Music

"Rabbi Axe is blessed with a talent that lights up the bimah. As she shares her music and her love of Judaism she touches the heart and soul of a congregation."
Ruth S. Gruber
Executive Director, Jewish Educational Consultants

"Rabbi Axe's unique contribution is her ability to bring community together for celebration and learning. She is warm and inviting and always makes everyone feel included."
Peri Smilow
Singer/songwriter